According to the gospel of Lean Manufacturing, if a company is not lean, it cannot be competitive. The business will fail; workers will lose their jobs. A lean process is value-added; critical cleaning is value-added. Cleaning is removing soil or matter out of place. The soil can be organic, inorganic, dead or alive. Precision cleaning is removing soil, often small amounts of soil, using a well-defined, well-controlled process. It is often associated with final assembly or cleaning in a cleanroom. Precision cleaning can be but is not necessarily lean.

Some managers assume that any cleaning step is a necessary annoyance, not a value-added step. Ask yourself: is the cleaning step necessary? Is it justified? There are instances where you must clean or: the coating won't stick, adhesives won't bond, surface quality degrades after heat treatment. If so, a critical cleaning process ought to be a slam dunk to justify to management.

We mentioned that critical cleaning can occur early on in assembly. Critical cleaning during initial fabrication can be lean, as has been demonstrated through a number of our clients. One company in the aeronautics instrumentation industry could not meet customer specifications for residual fine particles. The assembly contained polymeric materials that continuously shed particles during ultrasonic cleaning. The company considered purchasing new, higher frequency ultrasonic cleaning equipment. They would then have to revalidate the process.

However, on careful examination of the entire assembly process, we noticed that soil residue was allowed to remain on the parts after machining. Days might elapse before the machined parts were used. As a rule, the longer soil is allowed to remain on the part, the more difficult it is to remove. Residual soil can react and caramelize. It's the same principle as what happens when a lasagna pan is left overnight on the counter, only with process fluids instead of food. After discussion with the machinists, they agreed that adding a simple dip tank cleaning process immediately after machining would not disrupt their work schedule. The results were immediate and positive. Assemblies could be cleaned effectively and faster without unacceptable shedding of the polymeric material and without investing in new cleaning equipment. This was an aqueous cleaning process.

Solvent Substitution May Not be Lean

Sometimes water-based cleaning is lean, sometimes it's not. One reason that a cleaning process may not be viewed as lean is that cleaning can be entangled with environmental and safety regulations. Critical cleaning tends to become tied up with whatever process management perceives to be green or environmentally friendly. Management may insist that a particular chemical is “good” and therefor has to be used, whether or not it is right for the application. This can lead to adopting cleaning processes that are not lean, and not truly green or sustainable from the standpoint of overall process management.

Solvent cleaning cannot be summarily dismissed. Solvent cleaning may be the lean approach; and solvent processes may be managed in a way that is green. One large aerospace company converted from solvent cleaning to aqueous cleaning, in large part based on company policy to "go green." The aqueous process appeared to work well at lab-scale. The process appeared fiscally promising based on the costs of solvent-based cleaning chemistries and on environmental issues related to managing vapor degreasers.

A number of factors were not considered, including energy costs and waste hauling costs. Water had to be heated for washing, rinsing, and drying. Because aqueous processes are often considered relatively benign by regulatory agencies, the cleaning equipment is often not as well-contained as it is for solvents. In many cases, spent solvent can be recycled. After a certain point, spent aqueous cleaning agents cannot be recovered for reuse. In fact, the waste management costs were even higher than the energy costs.

In addition, the cleaning team tested a few applications, but they would have benefited by testing cleaning efficacy in more difficult applications. For a number of assemblies, rework increased significantly and the associated costs in energy, cleaning agent, water usage, and time soared. Was the new cleaning process lean? No. Was it truly green? No. the group had to reassess the cleaning process.

An old cartoon shows a toilet paper dispenser that required depositing a coin; the caption reads "lean manufacturing." Lean is not the same as emaciated. Some companies have used the concept of lean as an excuse to cut corners to the point where quality is compromised. The process itself, including the cleaning process, may cost money. The cost, however, can often be justified.

What if it appears that a new critical cleaning process is in order? As an engineer or process chemist, you may know that improved cleaning avoids lost product and saves money. Your boss may balk at a new process. Justify, to yourself and then to your boss, that the proposed critical cleaning process is indeed lean. Put yourself in the position of the bean-counters – do the math. A little time spent calculating value-added can justify the new process. 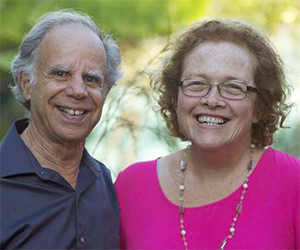 Barbara and Ed Kanegsberg of BFK Solutions are recognized consultants in critical product cleaning. Projects encompass medical device manufacturing, engineered coatings, metals, additive manufacturing, electronics assembly, and optics. Barbara’s background includes biology, clinical chemistry and aerospace. Barbara was an appointed United States Expert to ISO/TC 209 WG 12: (cleaning of surfaces). She received a U.S. EPA Stratospheric Ozone Protection award for her work in solvent substitution. Ed is a chemical physicist and engineer. He has decades of experience in physics and engineering, specializing in the transition of products from prototype to production.

The Kanegsbergs publish extensively, lecture at the post-graduate level, and teach practicing engineers and manufacturers. They conducted an acclaimed two-day Product Quality Cleaning Workshop (PQCW) with Sam Houston State University; the program combined instruction with demonstrations and hands-on lab exercises; a second PQCW is planned for May 2020. They are co-editors of and contributors to the two-volume "Handbook For Critical Cleaning," second edition, CRC Press, 2011. Contact: 310-459-3614 info@bfksolutions.com 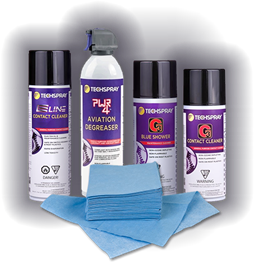