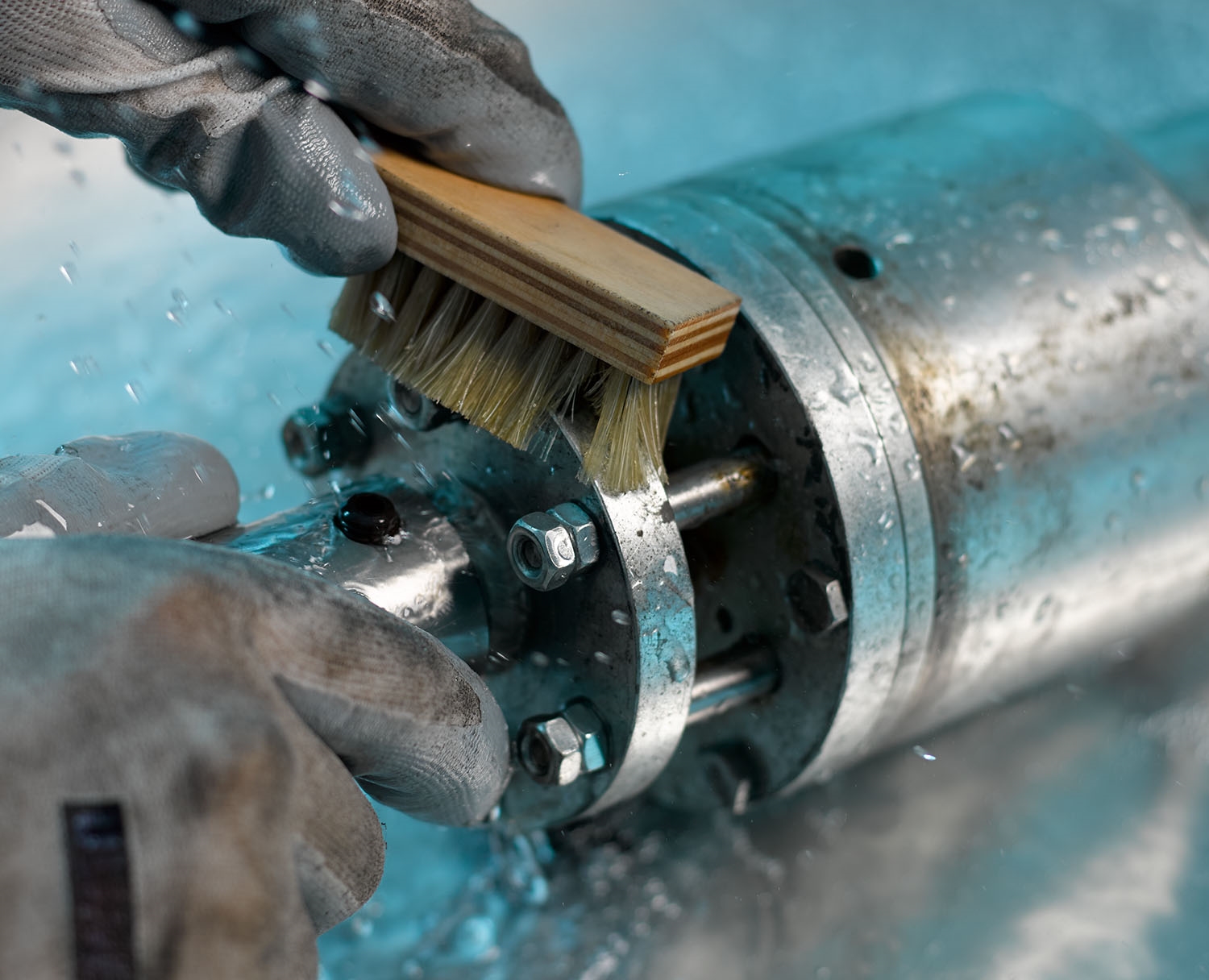 In the search for a shortcut for comparing the performance of solvent cleaners, the Kauri-Butanol value (Kb Value) is often referenced. A common understanding is the higher the Kb value, the faster or more thoroughly a solvent will break down the oil, grease, flux, or other soil.

While Kauri-Butanol values and other solubility scales have their purpose, they shouldn’t be used as the definitive measurement for product qualification. Unfortunately, there is no shortcut to testing in the real world cleaning environment on the actual soil.

I want to take a little time to talk more about Kb values and how they are used regarding Techspray solvent-based cleaners. Then I’ll touch briefly on the more complex topic of solubility and the uses of some of the different solubility scales.

What is Kauri-Butanol (Kb) Value?

The Kb or Kauri-Butanol value is a test for the ability of a hydrocarbon solvent to overcome these binding forces in a standard solute. The Kb test is one of a number of “cloud-point” determinations that can be used to order solvents in a ranking based on relative solvent power. Other cloud-point determinations are aniline cloud-point, solubility grade, wax number, and heptane number. All have their specific uses, but Kb value is the most widely used test for gauging the relative solvent power of most hydrocarbon solvents.

Kauri resin is a fossilized resin derived from the sap of the Kauri pine tree, which grows primarily in New Zealand. This resin dissolves easily in normal butyl alcohol (butanol) but will not dissolve very well in hydrocarbon solvents. To run the Kb test, one dissolves 20 grams of the Kauri resin in a fixed amount of n-butanol. This solution is then titrated with the hydrocarbon solvent to a “cloud-point” or until the clear solution first turns slightly turbid or hazy. To make the cloud-point easier to see, the test is usually performed over a page of ten-point type. When the ten-point type becomes slightly blurred or not quite crystal clear, you have reached the cloud-point.

The volume or number of milliliters of hydrocarbon solvent used to reach the cloud-point is reported as the Kauri-Butanol or Kb Value. By this methodology, the greater the volume of solvent needed to reach the cloud-point, the stronger the hydrocarbon solvent. A solvent with a Kb value of 100 (ml) is a much stronger solvent than one with a Kb Value of 50.

How Do You Use Kb Values?

Tables of Kb values for hydrocarbon solvents can be found in chemical handbooks and on the Internet.  From these tables, one can see that methylene chloride has a Kb value of 136, while toluene has a Kb value of 105, making toluene a weaker solvent than methylene chloride. Naphtha, which is commonly used in degreasers, and kerosene have the same relative solvency power with Kb values of 34.

The Kb values for Techspray solvent cleaners, which are often mixtures of various hydrocarbon solvents, can be determined by running the Kauri-Butanol titration with the actual product, or by estimating the Kb value of the blended product from the proportional Kb values of individual solvent components.

However, Kauri-Butanol values are not the last word in solubility tests. In fact, Kb values tend to assign a higher solubility to a solvent than it actually has. Also, certain kinds of solvents cannot be tested with the Kauri-Butanol protocol as they prove to be infinitely soluble in this test procedure. For this reason, ketones, like acetone and MEK, and glycol ethers cannot be tested by the Kauri-Butanol procedure. Though Kb values can give misleading results for many solvents, it still proves useful when used to judge the relative solubility of different solvents.

Although not as widely known by industrial solvent users, there are many different solubility scales besides Kauri-Butanol value.  The most commonly used solubility scale is the Hildebrand solubility parameter. All the electrostatic forces that bind the molecules of a liquid or solid together represent that substance’s cohesive energy density. The sum of these binding forces is what has to be overcome to either dissolve a substance in a solvent, or to vaporize the substance completely by heating it to dryness.

The Hildebrand solubility parameter (the square root of the cohesive energy density) is a numerical representation of this quantity of energy. It is usually expressed as calories/cubic centimeter, or in standard international units (SI) as mega-pascals, of cohesive pressure that are required to overcome all of these binding forces.

The Hildebrand solubility parameter can be represented as the sum of three separate Hansen solubility parameters, each of which is a measure of one of the three electro-static forces (dispersion, polarity and hydrogen bonding) that bind molecules together.

A solution to this problem was found when a two-dimensional triangular graph was developed that plotted the Teas fractional parameters, derived from the Hansen parameters. The Teas parameters show the percent contribution each of the three binding forces make to the whole Hildebrand parameter. When the position of individual solvents is plotted on a Teas graph, we find that solvents with similar solubilities tend to occupy the same area of the graph. We can also plot the solubility of a particular resin or polymer with various solvents and determine a solubility window:

This sounds complicated but when you remove the steps to the discovery, you realize that the TEAS graph can determine the solubility properties of solvent blends (common in advanced solvents including Techspray’s) without actually having to generate and test the blend. A corollary conclusion is that this tool can determine the composition of a solvent blend that would dissolve one particular substance in a mixture without dissolving any of the other substances present (i.e. the substrate)-- in other words to find the ideal solvent for the soil without damaging other component elements.

Further, the Teas graph and the other solubility scales can be used without having any knowledge of the complex chemistry and physics involved in polymer and resin solubility. Workers who restore valuable artwork use the Teas graph to determine the solvent system required to remove overlying layers of aged lacquer without dissolving the underlying paint that makes up the masterpiece. Such tools as the Teas graph are invaluable in determining the solvent system required to dissolve the many polymers used in industry today without the need for extensive testing of minute differences. It can be used to blend a solvent for a purpose without testing 50 solvents, saving time, energy, resources and eliminating extensive trial and error.

As useful as solubility scales can be to analytical chemists, are they really helpful when performing industrial cleaning qualifications? While they can be used for back-of-envelope estimations, nothing replaces testing in a real world cleaning environment on the actual soil.

However, these tools are very useful for technicians at Techspray to narrow down your options, so you are only testing the most viable solutions. Contact a Techspray application specialist at info@itwcce.com or 800-858-4043 for expert assistance for your particular applications.
Subscribe