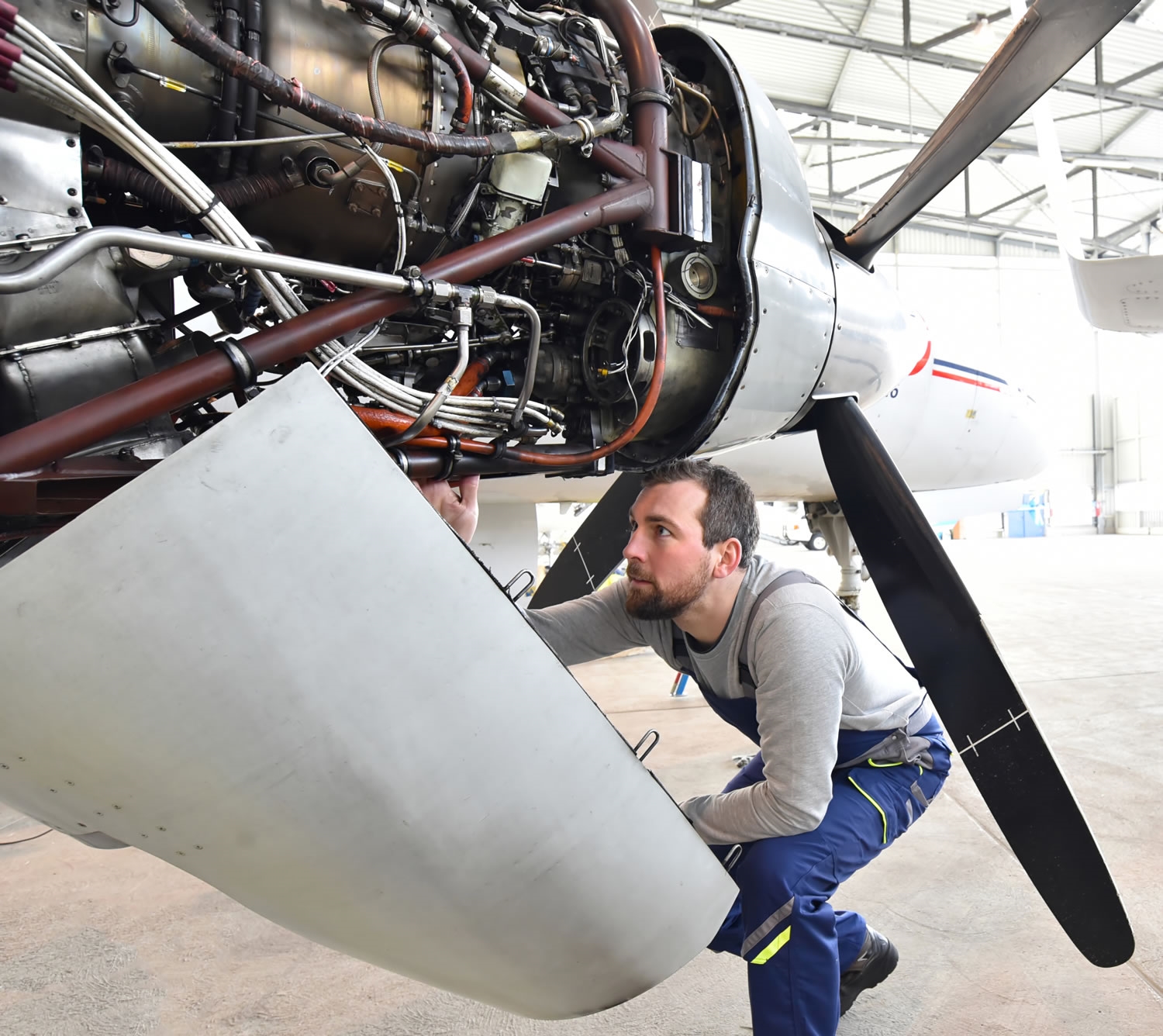 If you work in the engine MRO shop, you know the struggle of tearing down an engine and cleaning its components. Even with proper care and maintenance, engines get dirty. Really dirty. Besides the effort in a complete teardown to replace worn parts and seals, engines must be completely cleaned. This means every component is inspected and cleaned thoroughly before reassembling the engine. The line of TechSpray products is your go-to for keeping parts clean during overhauls, whether for a reciprocating engine or a turbine powerplant.

Differences in Process Between Reciprocating Engines and Turbines

Accordingly, turbine engines require much less overall maintenance than reciprocating engines. The cost is the literal cost. Turbine engines cost much more to purchase, and their operating cost is higher because when it comes time for overhaul, they are much more expensive. But, again, the flip side is turbines only require overhauls roughly half as often as piston engines.

Modern reciprocating aircraft engines aren’t really all that modern. They are old designs, changing little from their original design in 1897 when the first flat engine was designed and built by Karl Benz.

The reason why flat-style (horizontally opposed) engines and radial engines are the mainstay in aviation applications, with few exceptions, is the modular way they are designed and manufactured.

In contrast to automotive engines, which are basically designed to be disposed of once they have reached their lifecycle terminus, flat engines are designed to be overhauled over and over again.

The top end overhaul of a reciprocating engine is more of an engine repair procedure rather than an actual overhaul, according to the FAA.

The top end procedure applies to engine elements that are on top of the crankcase, hence the name. The premise of a top end overhaul is inspecting, repairing, and replacing parts in the cylinders, pistons, and piston rings.

A top end overhaul procedure never requires that the entire engine be taken apart, but it does require the cylinders be removed, thoroughly cleaned, and inspected.

Cylinders (“jugs” being the common vernacular) are subject to enormous stresses. Unlike automobile engines (their closest cousins) that operate at around 15% capacity on average, reciprocating aircraft engines are set to 75% power almost all of the time.

The top overhaul is not as rigorous as a major overhaul, and the parts are only replaced if they need to be.

To properly visually inspect the jugs, pistons, and rings, they need to be thoroughly cleaned. Depending on the severity of the buildup of oils and grime, you can either use a spray degreaser to remove oil and build up, or you may need to thoroughly agitate soils with a liquid degreaser.

The spray degreaser is a great option for oils and soils that are stuck on and affect a smaller overall area. The high aerosol pressure is great for loosening up and breaking loose soils that a rag impregnated with liquid degreaser struggles to remove. The leftover residue from degreasing spray can be easily wiped away with shop towels or clean rags.

Using a parts washer with liquid degreaser is a common practice for parts with serious soiling and major build up. Cylinders are a good candidate for this process due to the dirt, grime, and even dead bugs that get crusted onto the jugs and cooling fins.

The surface of the cylinders is sensitive to abrasions, especially the interior wall of the cylinder. If there are any stubborn soils on the inside (which there shouldn’t be) or on the cylinder head, you can use a soft bristle brush (nylon or a toothbrush) to gently work the soils loose. The degreaser spray can also blast those soils loose after soaking in the degreaser.

Unlike the top end overhaul, a major overhaul is what the name implies: it is a full teardown of the entire engine with the systematic inspection of all parts. All of the parts removed during a top overhaul are removed first, and then the crankcase is taken apart and all parts are removed. The crankshaft needs to be fully cleaned, inspected, and the runout inspected.

Many if not most engine defects are found during the visual inspection process, which is the first inspection conducted on an engine. All parts in the entire engine are removed, laid out in the order that they go back together, cleaned, and inspected.

The importance of the cleaning process during overhaul cannot be overstated! Grime, buildup, and sludge hide a multitude of defects. Particularly in recreational-use reciprocating engines, the lead from the fuel can gum up the valve train when the engine isn’t used for long durations.  These buildups are just as destructive as grease buildups are from frequent use.

The cylinder and cylinder head inspections are important. All paint must be removed from the exterior of the jug and head to thoroughly inspect the fins for cracks. Cracks hide under grime and paint, and they are the prime determining factor for a failing cylinder or head.

Once the paint is removed, use aviation-grade degreaser to get all soils off these critical components, inside and out. Interior cracks often occur radiating from the valve seat bosses or spark plug bushing bosses, usually because a bushing has been improperly installed in the past.

Again, the first step leading to ALL inspections during a reciprocating engine overhaul begin with cleaning the parts. They have to be totally clean and thoroughly dried with clean rags.

This article is far from being a definitive guide to engine overhauls; the first reference for all overhaul procedures comes from the manufacturer’s overhaul manual. Make sure to reference that first, and follow all suggestions for types of degreasers and cleaners to make sure they are approved by the manufacturer. Give us a call and we will talk with you about your application and match your shop up with the right products for the job.