Can I solder directly onto a drawn trace?

A trace drawn with the conductive ink will combine with solder, provided the soldering temperature does not exceed 350°F (177°C) and the solder joint is formed within 5 seconds. If the drawn trace must be soldered to, we recommended that tin/lead solder containing 2% silver be used and that the trace is heat-cured at 150°F (66°C) for five minutes to produce the most durable trace possible.

How do I prepare the surface for trace repair?

For optimal adhesion to most surfaces, clean the repair area prior to ink application. That insures the surface is free of oil, greases and handling soils. For precise cleaning just around the rework area, Techspray offers the TraceTech Flux Remover Pen (#2506-N), which contains a fast evaporating cleaning solvent. Isopropyl alcohol (IPA) presaturated wipes (1610-50PK) are also well suited for surface prep.

How do I unclog a conductive pen?

If you experience difficulty in producing a smooth flow of conductive ink, this could indicate clogging of the product outflow channel within the tip assembly. As the pen sits in storage, especially if stored tip downward, the suspended silver particles will slowly settle and can clog the channel through which the product flows. To restore the pen to proper operation, it must be shaken vigorously, usually for two to three minutes. Shake the pen until you can hear the internal mixing bearing “clicking” or moving within the pen barrel. Once you have established movement of the mixing bearing, continue to shake the pen for another minute or so to completely re-suspend the silver particles within the polymer matrix, which will produce a smooth, homogenous product. If shaking the pen does not free the mixing bearing (you cannot hear it moving within the pen barrel) or the ink still refuses to flow when the pen tip is retracted, then the clogging within the tip assembly is more serious and will require a more rigorous cleaning to re-establish proper operation. Remove the cap and with the pen tip pointing up, grip the white base of the tip assembly gently but firmly and turn it to the right (clockwise-because the tip assembly is “reverse-threaded”). Remove the tip assembly and drop in into a small container of G3 Universal Cleaner or another suitable solvent. Let the tip soak for 30 minutes to one hour, with occasional shaking or swirling, to clear the internal spaces within the tip assembly. As dried polymer dissolves you may see a fine dust of silver collect on the bottom of the soaking container. While the tip is soaking you may want to cover the opening in the pen barrel with a piece of tape to minimize exposure of the conductive ink to air and moisture. Once the tip has been cleared of ink, remove it from the solvent and let it drain on a paper towel and stand in the air for 10 minutes to allow the cleaning solvent to evaporate. Check that the tip stopper moves freely and retracts into the assembly easily, then screw the tip assembly back onto the pen barrel. The pen should now perform properly. If not, repeat the soaking procedure until the tip has been cleared. If soaking the tip assembly does not get the pen flowing, then the pen is probably past its usable shelf-life and should be replaced.

How do you repair a broken trace on a PCB?

A common method of repairing a broken trace is to solder on a jumper, which is basically a wire bypass around the broken trace. This can be time-consuming and visually unappealing. Techspray offers TraceTech Conductive Pen, which contains highly conductive silver suspended in a liquid polymer. This pens allows you to literally redraw the trace.

How do I figure out the shelf life of a product?

The shelf life of a product can be found on either the technical data sheet (TDS), available on the product page, or by looking on the certificate on conformance (COC). The COC can be downloaded by going to https://www.techspray.com/coc. Once you have the shelf life, you will need to add it to the manufacture date for a use-by date. The manufacture date can be identified by the batch number. The batch code used on most of our products are manufacture dates in the Julian Date format. The format is YYDDD, where YY = year, DDD = day. For example, 19200 translates to the 200th day of 2019, or July 19, 2019. This webpage explains and provides charts to help interpret our batch numbers: https://www.techspray.com/batch-codes. 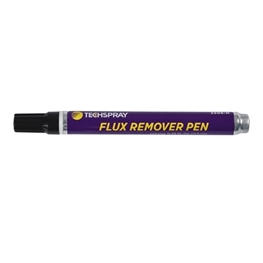 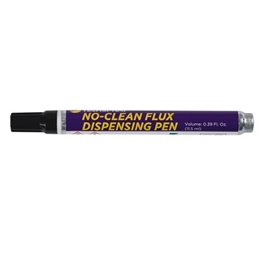 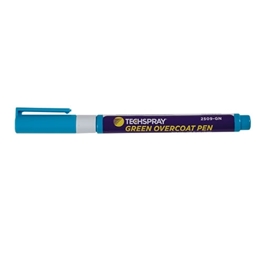