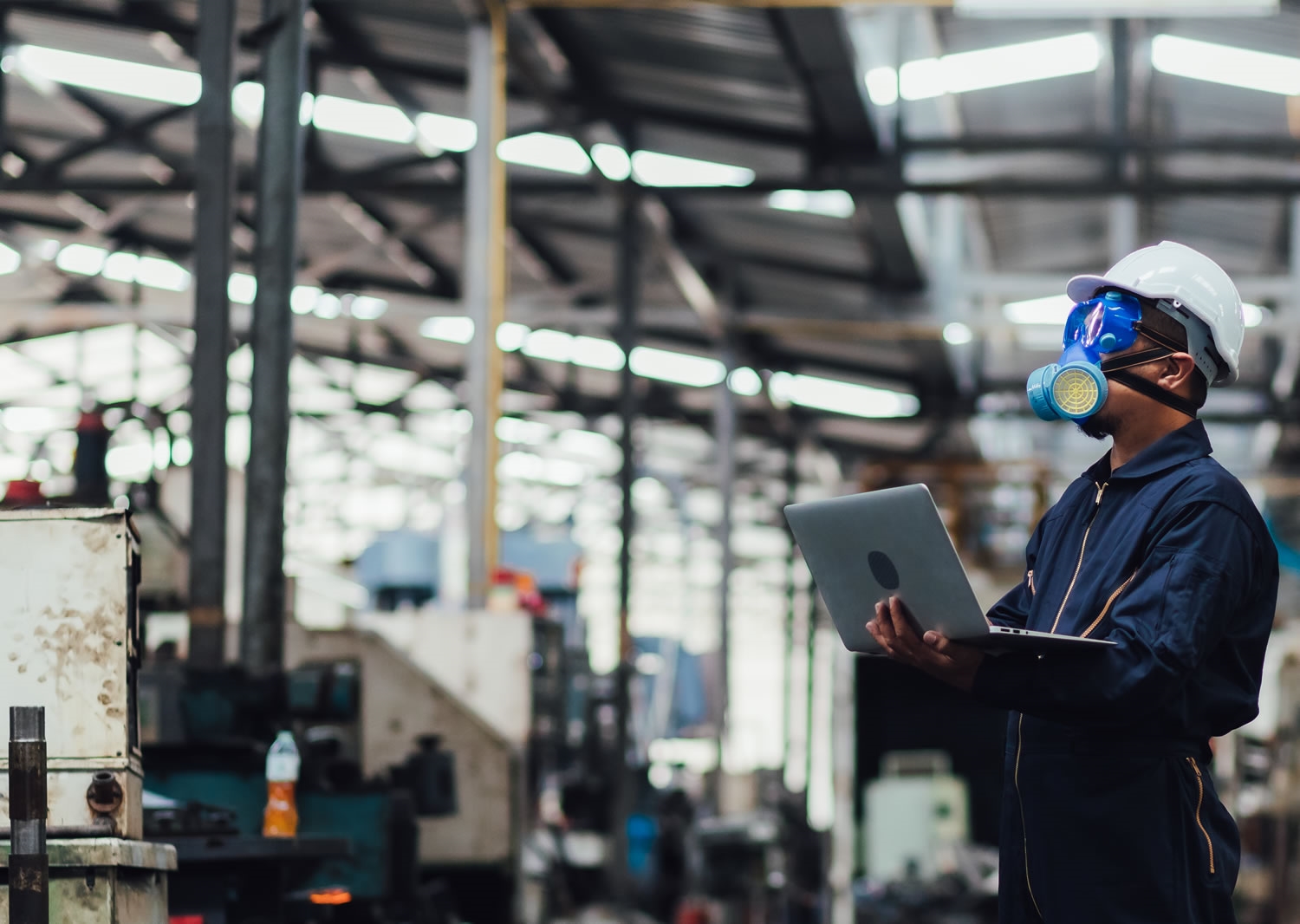 June 2022 – In the report “Perchloroethylene Draft Revised Unreasonable Risk Determination for Public Comment”, the US Environmental Protection Agency (EPA) resolved that the solvent “presents an unreasonable risk for sixty(60) conditions of use” [1], including:

This is the most explicit, unequivocal declaration against Perchloroethylene (PERC, PCE) issued by any major U.S. regulatory agency to date, implying that PERC’s availability for dry cleaning is rapidly approaching its end. The new draft revision will modify the Final Risk Evaluation published in December 2020. Overall, 60 of the 61 EPA-evaluated conditions of use would drive the chemical unreasonable risk determination. More recently, the agency released a regulatory agenda, which outlines plans to propose a final risk management rule for PERC by August 2024.

Now is the perfect time to consider better alternatives to PERC, and Techspray provides multiple substitutes just as good as conventional options. The PWR-4TM cleaning solvents from Techspray were created as safer alternatives to harmful solvents like Perchloroethylene (Tetrachloroethylene, PERC, or PCE). Trans 1,2-dichloroethylene (trans-DCE) is used in the formulation of PWR-4TM products, which are free of PCE or any other dangerous air pollutants (HAP).

Perchloroethylene, also known as Tetrachloroethylene (CAS 127-18-4), is the most common solvent used for dry cleaning operations in the United States [2]. PERC is a nonflammable colorless liquid widely employed as a cleaning and degreasing agent; it serves as a precursor chemical for other consumer products such as inks, adhesives, lubricants, greases, and sealants.

At the beginning of the 1940s, PERC became one of the most frequently used solvents to dry clean fabrics, along with Trichloroethylene (TCE) and carbon tetrachloride. Since then, a variety of manufacturers have used it in brake cleaners, aerosol degreasers, aerosol lubricants, gun ammunition sealants, weld splatter protectants, stone polishes, wipe cleaners, and stainless steel polishes.

As of 2021, there were about 20,600 dry cleaning shops with roughly 160,000 employees in the United States [3]. Perchloroethylene is the principal solvent used by 60-65% of dry cleaners nationwide, with the remainder predominantly using other high-flashpoint hydrocarbon solvents. Even with the latest fifth generation of dry cleaning machines, regulations still consider PERC to pose unreasonable risks to workers [4].

In the document “Toxicological Profile for Tetrachloroethylene” (June 2019), the Agency for Toxic Substances and Disease Registry of the US Dept. of Health and Human Services states [5]:

“Tetrachloroethylene exposure may harm the nervous system, liver, kidneys, and reproductive system, and may be harmful to unborn children. If you are exposed to tetrachloroethylene, you may also be at a higher risk of getting certain types of cancer (e.g., bladder cancer, multiple myeloma, or non-Hodgkin’s lymphoma)… People who are exposed for longer periods to lower levels of PERC in the air may have changes in mood, memory, attention, reaction time, or vision.”

It goes on to reference negative effects shown in animal studies:

“Studies in animals show problems with pregnancy (such as miscarriage, birth defects, and slowed growth of the baby) after oral and inhalation exposure. In animals, tetrachloroethylene has been shown to cause cancers of the liver, kidney, and blood system.”

The hazards regarding perchloroethylene (PERC, PCE) have been established by public health agencies, but the dispute about the pertinence of animal studies on humans remains still. There are several case studies in the industry where worker exposure to perchloroethylene led to major health effects. The following is a cited assessment reported in Seattle (1995), where 55 dry-cleaning employees were exposed to PCE at atmospheric levels higher than recommended values:

“It was concluded that mild to moderate hepatic parenchymal changes occur more frequently in workers exposed to perchloroethylene than in populations not exposed to chemical solvents and that these effects are underestimated by serum hepatic transaminase activity… Two other cross-sectional studies that investigated dry cleaners with perchloroethylene exposures of less than 25 ppm, also found few biochemical abnormalities.”

Federal agencies have been relatively sloppy in detailing rulemaking for PERC; however, OSHA has set a permissible exposure limit (PEL) of 100 -200 ppm, and a 300 ppm max peak (< 5min each 3h). Also, the International Agency for Research on Cancer (IARC) listed it as a “Probably carcinogenic to humans” substance, which means that there is strong evidence that it can cause cancer in humans by all routes of exposure, but at present, it is not conclusive.

In 2021, Minnesota was the first U.S. State to ban Perchloroethylene [6]. At the same time, ACGIH has listed the TLV for PERC as 25 ppm and has confirmed it as an animal carcinogen with unknown relevance to humans. Comparable to TCE, nPB, and MeCl in toxicity, perchloroethylene has been determined by the National Toxicity Program (NTP) as “reasonably anticipated to be a human carcinogen.”

The Search for Perc Replacements

Perchloroethylene or Tetrachloroethylene (PERC, PCE): 1) has demonstrated to cause numerous health problems in both animal and human studies; 2) has been documented to promote worker safety issues; 3) threshold value limits have been set well below achievable minimums, and 4) the EPA has stated explicitly that it should not be used for dry cleaning of any kind. At this point, it is irrelevant whether the EPA bans PERC permanently or not. Effective alternatives for the solvent are readily available in the market, so why not make the switch?

The following are key features of Perchloroethylene (Tetrachloroethylene, PERC, PCE) that are needed in a viable alternative:

Techspray has engineered the PWR-4™ cleaning solvents to be safer replacements for tetrachloroethylene and other toxic solvents. PWR-4™ is formulated with trans 1,2-dichloroethylene (trans-DCE) and does not contain Perchloroethylene (Tetrachloroethylene, PERC, PCE) or any other hazardous air pollutants (HAP). PWR-4 high-performance solvent cleaners are non-flammable, non-ozone depleting, have powerful cleaning action, and are reasonably priced compared to PERC.

For technical help in the selection and qualification process, contact Techspray at 800-858-4043 or info@itwcce.com. More information is available at www.techspray.com.

[4] Miller, A. (2021, August 10). The history of dry cleaning solvents and the evolution of the dry cleaning machine. Retrieved July 10, 2022, from https://www.enviroforensics.com/blog/the-history-of-dry-cleaning-solvents-and-the-evolution-of-the-dry-cleaning-machine/

[6] Midwestern Office. (2021, April 20). With unanimous legislative support, Minnesota bans the use of perchloroethylene by Dry Cleaners. Retrieved July 11, 2022, from https://csgmidwest.org/2021/04/20/with-unanimous-legislative-support-minnesota-bans-use-of-perchloroethylene-by-dry-cleaners/ 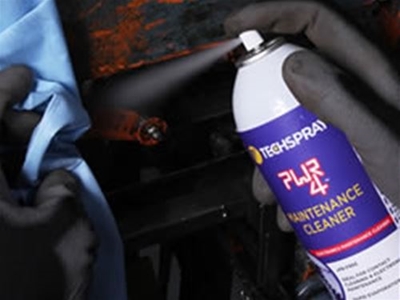 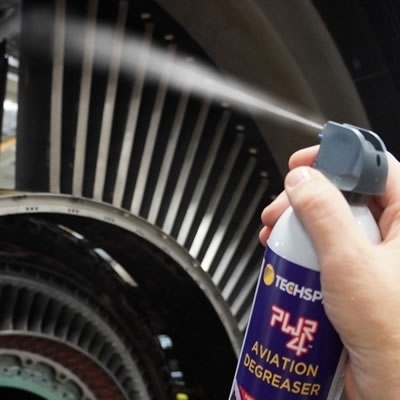 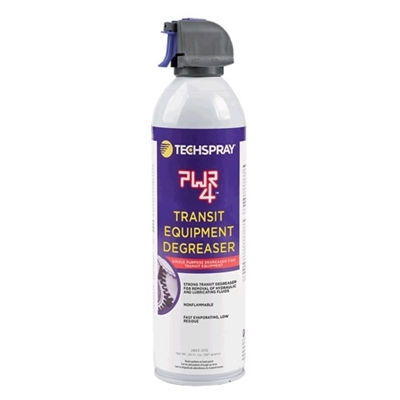